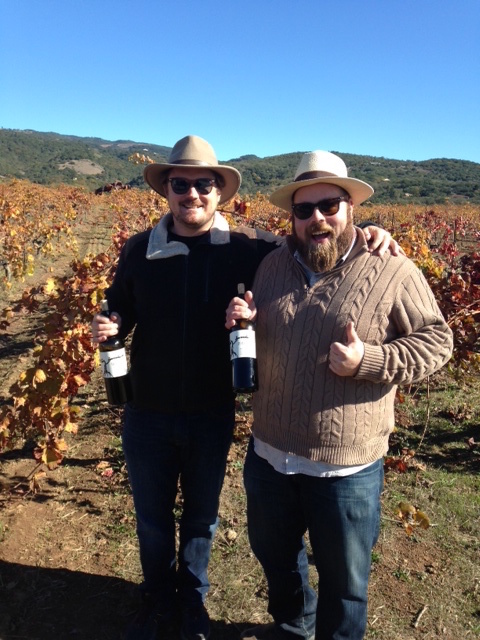 The biggest and most important thing about both these guys is that they are the custodians of several heritage vine sites in California.  They own ( such as the Bedrock Vineyard), rent and farm themselves,  or buy from other like minded growers such as Phil Coturri, who was organic long before it was even a word in wine culure.

They have an important message about going against the monoculture of grape growing that was edict from UC Davis, and have changed attitudes largely by showing other winemakers what a difference this stewardship can make!

We are pleased to welcome them to our market!

It Takes a Village to Raise a Wine

Bedrock Vineyard is one of the most historically and qualitatively gilded plots of land in Sonoma Valley. Taking up 152 acres of the heart of Sonoma Valley, the vineyard occupies a large section of one of the best growing climates for grapes on earth.

Founded in 1854 by Generals William “Tecumseh” Sherman and General “Fightin’ Joe” Hooker, Bedrock Vineyard has grown grapes for over 150 years. Following the first epidemic of phylloxera in the mid-1880’s, the vineyard was replanted in 1888 by Senator George Hearst—a mining magnet, an early father of California, and the father of publisher William Randolph Hearst. It is from those 120 year old vines that the Bedrock Heirloom Wine is crafted.

Hearst’s widow eventually sold the vineyard to the California Wine Association in the early 1900’s and the vineyard produced grapes for the CWA until the passage of the Volstead Act and Prohibition. In 1934 the property was purchased by the sausage-making Parducci Family and was part of the estate vineyards of early Valley of the Moon Winery. In 1953, when relations between the Parducci family and the business partner Domenici family became acrimonious, the vineyard was split. The Parducci’s took a smaller parcel of land with the winery, while the Domenici’s took 152 acres of what was then known as “Madrone Ranch.” In 2005, the Domenici’s sold the property to our family.

It is an absolute privilege to oversee such a rich piece of Californian history. To do justice to the rich heritage of the ranch we have begun a large-scale revigoration of its soil and soul. We are actively seeking sustainable solutions to farming—including the use of a range of cover crops in lieu of fertigation, gentle handling of the soil, replanting sections of the vineyard that do not meet our rather stringent understanding of quality (we are winemakers first after all), and converting our small fleet of tractors, bobtails, and RTV’s to use biodiesel.

The 2013 Old Vine Zinfandel comes from vines averaging over 80 years of age. Like its predecessor, the lovely 2012, it benefited enormously from the second year in a row of exceptional quality with higher than average yields. Though its core still revolves around the Sonoma Valley appellation (Bedrock Vineyard, Monte Rosso, and Casa Santinamaria Vineyard), we have become geographically more adventurous due to the addition of a few pretty amazing vineyards. The first of these is Nervo Ranch in Alexander Valley with its steep, decomposed shale soils. The second is Sodini Ranch on Limerick Lane in the Russian River Valley that Bedrock Wine Co. happily farms. The last is the amazing Stampede Vineyard in the Clements Hills AVA of Lodi: own-rooted on granitic sands and planted in 1919, it is a star in the making under the new ownership of the Perlegos family. There are also bits of Papera Ranch, Pagani Ranch, and Lorenzo’s in the blend. Though it is legally a Zinfandel, and labeled as such, it is also a Bedrock wine so you can be sure it has its full quotient of the wacky, weird and wonderful in it as well—nearly 23% Carignane, Mourvedre, Grenache, Petite Sirah, Abouriou, Aubun, and assorted mixed white varieties. We are thrilled with this wine–I think it is every bit as good as the 2012 though perhaps reflective of the age-worthy 2013 vintage.

Dry-farmed, this field-blend of Gewürztraminer, Trousseau Gris, Roter Veltliner, Riesling, Chardonnay, and others was planted in 1954. Organically farmed in cahoots with Phil Coturri, it is one of the most interesting old white vineyards I have ever seen.  The 2014 is my favorite bottling of this wine since the 2011, with the naturally rich and explosively exotic Gewürztraminer being balanced by the higher acid and later ripening Trousseau Gris, Riesling, and others.  In making the wine, 50% of the fruit is destemmed and skin soaked for 4-5 hours to pull more perfume from the grapes, while the other half is whole-

Many of you have heard us wax rhapsodic about Evangelho Vineyard and its ancient vines, own-rooted in beach sand on the banks of the Delta.  Having made this vineyard for four years now (and starting to pick the 2015 yesterday), I am amazed by the unflappable consistency of the vineyard.  Though it might shade darker or lighter in any given vintage, whenever we taste through the wines blind in the cellar, Evangelho screams out.  For me it is the contrast between the bright acid and low pH of well-farmed CoCo fruit along with the fine tannin profile from the sand that separates it from most of our other vineyards that are derived from coarser, more volcanic soil.  I love this 2014, a field-blend of Zinfandel, Carignane, Mataro, Palomino, Alicante Bouschet, and Mission.  As always, decant well if drinking in the near term!

Pagani is Pagani, deservedly considered one of the greatest old vine vineyards in California.  That said, 2010 it got singed by the screaming heat of late August. 2011 was good but a challenging year in the cool site, and the 2012 is a dark beast of wine but perhaps lacking some of the gracefulness we desire in our efforts.  However, the 2013 was one of the best wines of one of the best vintages we have had and the 2014, though early, is easily one of the best wines in our cellar from the vintage. In both the ’13 and ’14, the wines are incredibly dense, but there is a lightness in the perfume and weight.  Pagani will never be Fred Astaire (that might be Evangelho), but in its best incarnations has a fair amount of Gene Kelly. 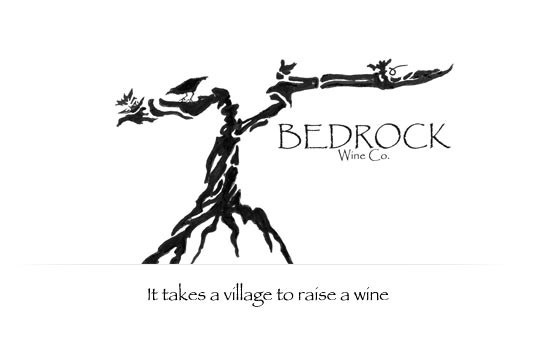